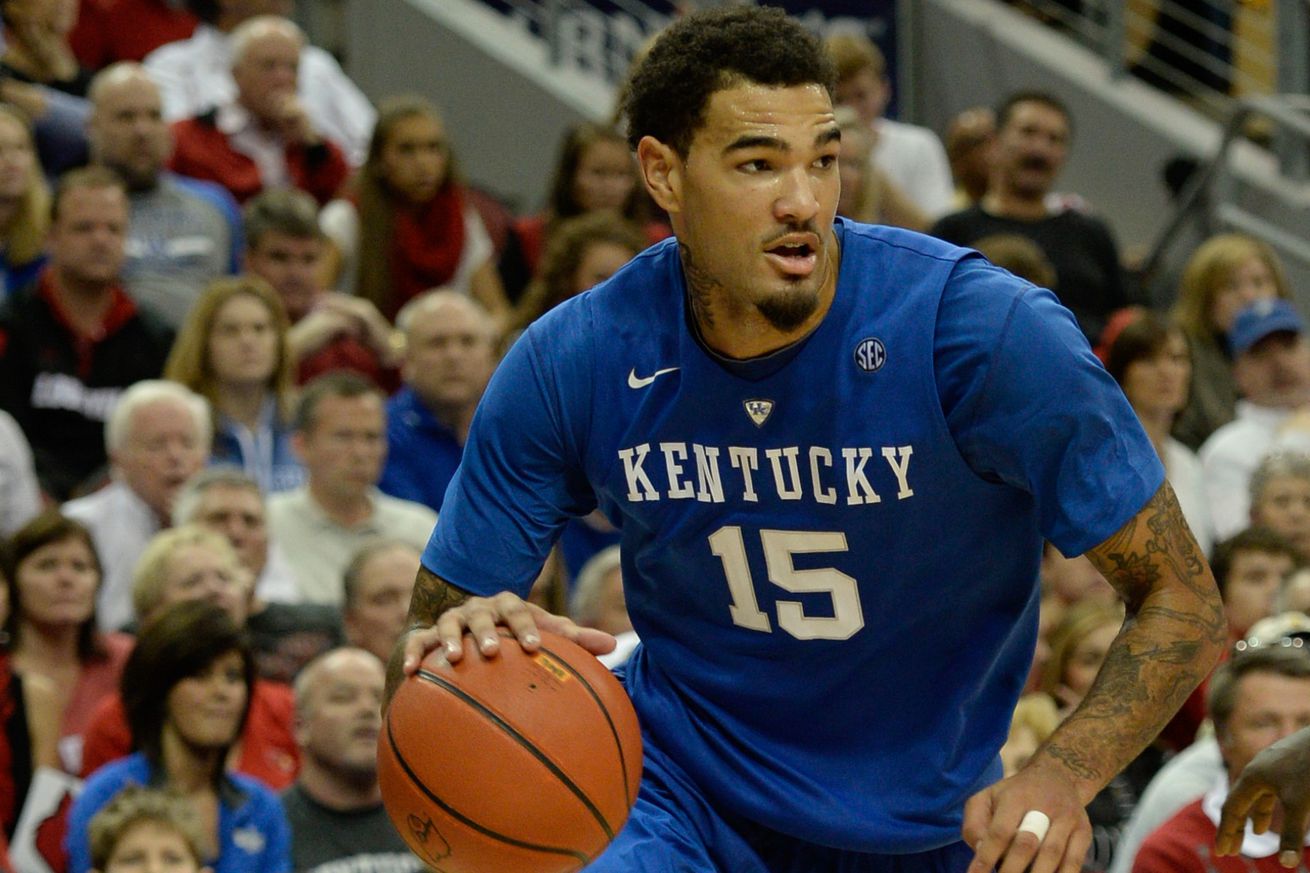 [Editor’s note: This was published right after New Years, and I am just getting around to elevating it, thus some of the numbers are slightly dated and don’t reflect the Ole Miss game. That is my fault, not the author’s. His points remain cogent.]

Though I always like to throw my two cents in during college basketball season, this year it seems like it’s all been said, or at least as far as I can offer. Thus, I thought I’d just point out some notable statistics per KenPom.com at this point in the season. Feel free to comment (or not as it sometimes goes):

At this juncture Jahlil Okafor, Duke has a commanding grip at number 1 given that all roads offense at Duke seem to go through this formidable 6-11 All-American lock. Kentucky is well represented in the top ten however with number four, Willie Cauley-Stein, and no.s five Dakari Johnson and seven, Karl-Anthony Towns. It’s worth noting that Virginia is well represented with no. three, Anthony Gill and eight, Justin Anderson. Also Louisville’s Terry Rozier is 6th and Kyle Wiltjer is 9th. The kPOYaward is an effort by Pomeroy to quantify a player’s all-round performance as it relates to his team’s success. The algorithm, too much for here can be found at KenPom.com for subscribers.

Speaking Virginia, without stating the obvious about great the job Tony Bennett has done recently, the Cavaliers along with Kentucky are the only two teams KP currently projects to win every remaining game before Tourney time. Of course, these probability percentages will change each game as results are tallied. Good luck with that Virginia as they will play UL twice, UNC and Notre Dame away, and have a home game with Duke, not to mention the regular ACC gauntlet with many other teams who can win on a given night. Yes, there may be a Santa Claus Virginia, but you might better watch out for the groundhog too.

Virginia has built a reputation for solid play at both ends using players without stars beside their names, but loaded with plenty of talent. The Cavs play (modified Tubby-ball?) with extreme caution, using large amounts of clock on offense and forcing their opponents into working late for shots as well, having one of the lowest possessions per game in Division 1.

It is interesting to note that Virginia has no less than three players on the KenPom All-ACC team thus far (with the two above mentioned along with Malcom Brogdon– all Juniors), a new feature Pomeroy has added in spots. The other two are Okafor andRozier. The SEC does not include this feature of yet as far as I can tell. And, of course Virginia now ranks second only to Kentucky in the KenPom ratings with the fourth best Adjusted Offense and Adjusted Defense while the Cats are ranked 7th and 1st respectively. Duke is third with the number 1 AO and 16th ranked AD.

Oddly, Virginia is ranked 321st in defensive turnover%, right up there with… you guessed it, Indiana. It is strange that such excellent defense does not create more turnovers. Perhaps then again, that is the key to keeping the defense connected without taking unneeded risks?

Well… this has gotten longer than I had originally planned. I was hoping to highlight the individual performances as well, at least as statistically implied by Ken Pomeroy’s website. If you would like to read this kind of thing for individual players, please note in the comments and I will post it soon.

More from A Sea Of Blue

I believe the all-conference teams only become listed once conference games are played, so the SEC’s should be up tomorrow evening after the first games go final.

I have a hard time taking Virginia seriously each year. I’ve seen too many highly ranked UVA squads go down to bad Clemson teams to be a believer in them. I recognize that’s my problem and not theirs and UVA looks to have a really good team this year.

Speaking of Clemson, if the USC game had been played in Littlejohn (as the Arkansas and Auburn games were) I think the Tigers get the win. Frank Martin has done a good job with South Carolina and if the SEC refs continue to allow his teams to foul without whistles they’ll be a threat to win 12+ conference games this year.

Pour a drink, grab a chair (it works better when not done simultaneously) – jords